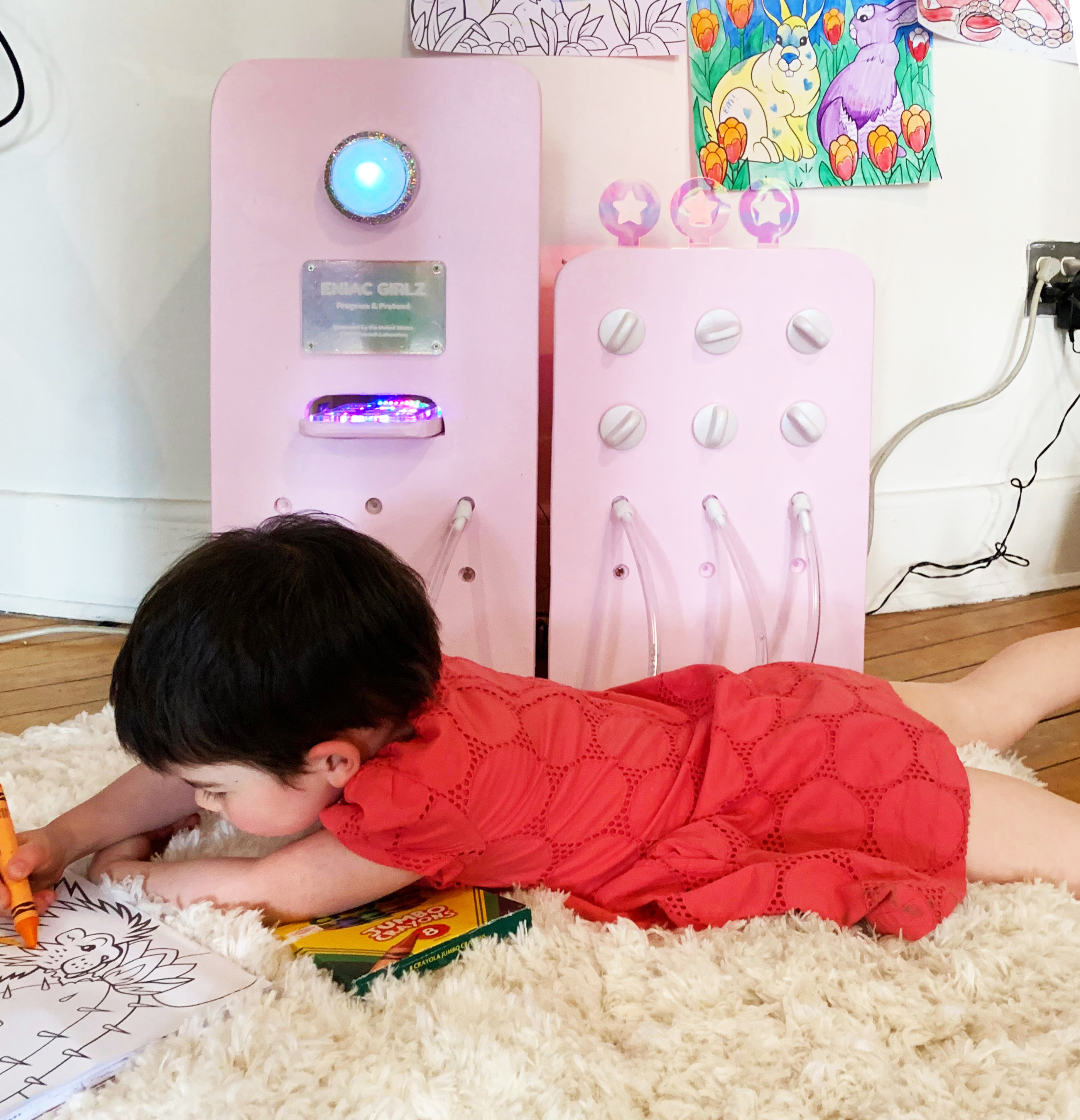 ENIAC Girlz: Program & Pretend is a speculative (and subtley tongue-in-cheek) toy set to inspire young girls to learn to code.

Through make-believe, girls can role-play as the historic ENIAC Girls of the 1940s - along with the history of inequity that surrounded these women.

This play set can inspire young girls to imagine themselves as future programmers - but like the women of the ENIAC, how might these girls also grow up to face inequity in the field of computing?

And what does it mean for a toy to inspire girls to enter computing, but only by going through the motions of ("women's") work that was once deemed clerical and non-intellectual? 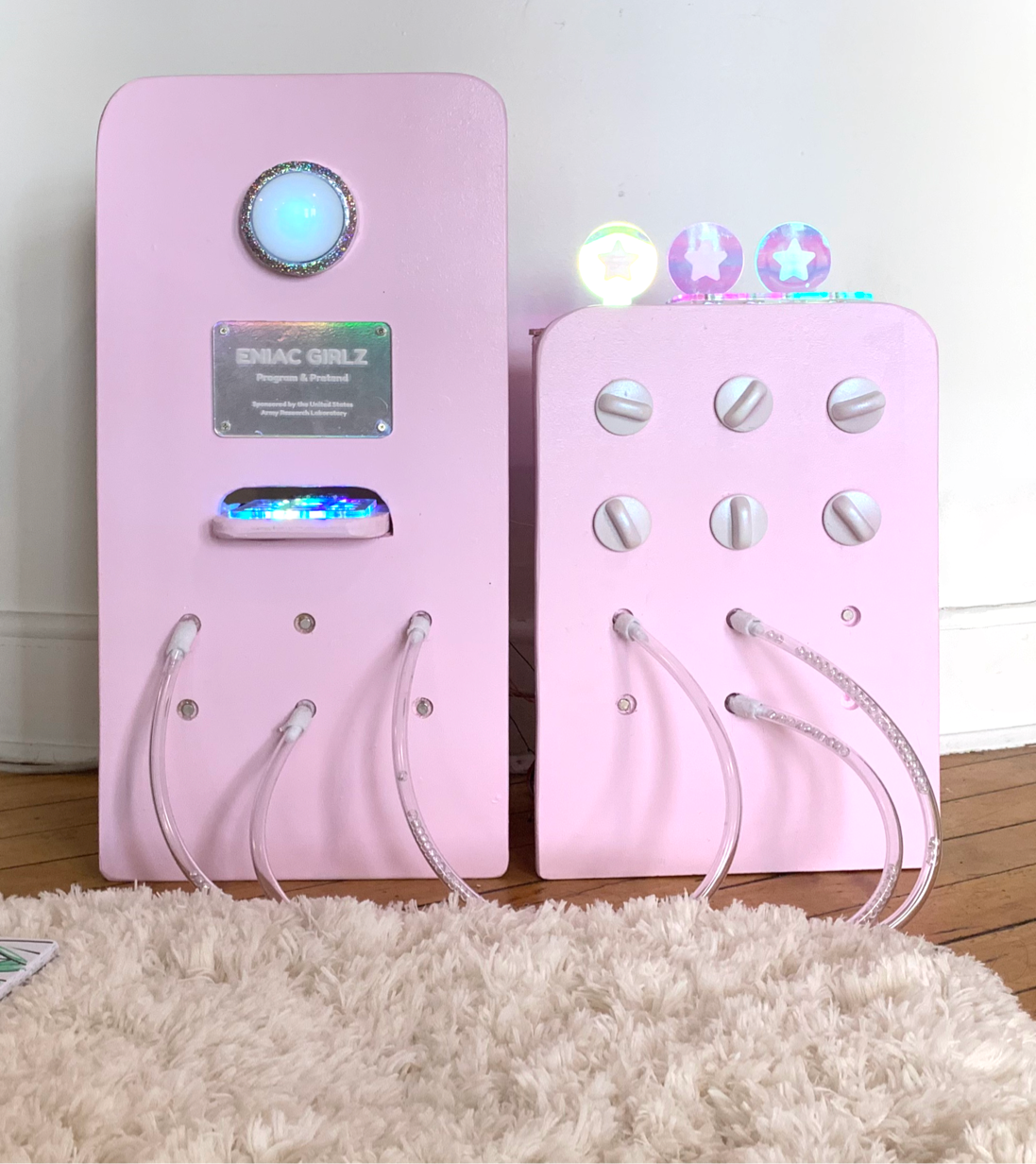 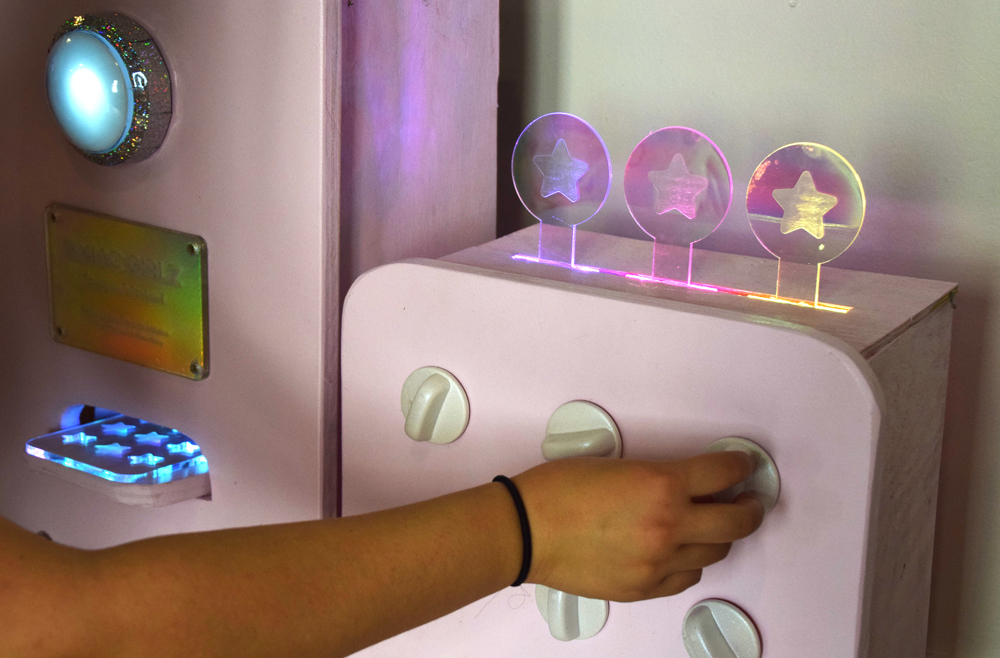 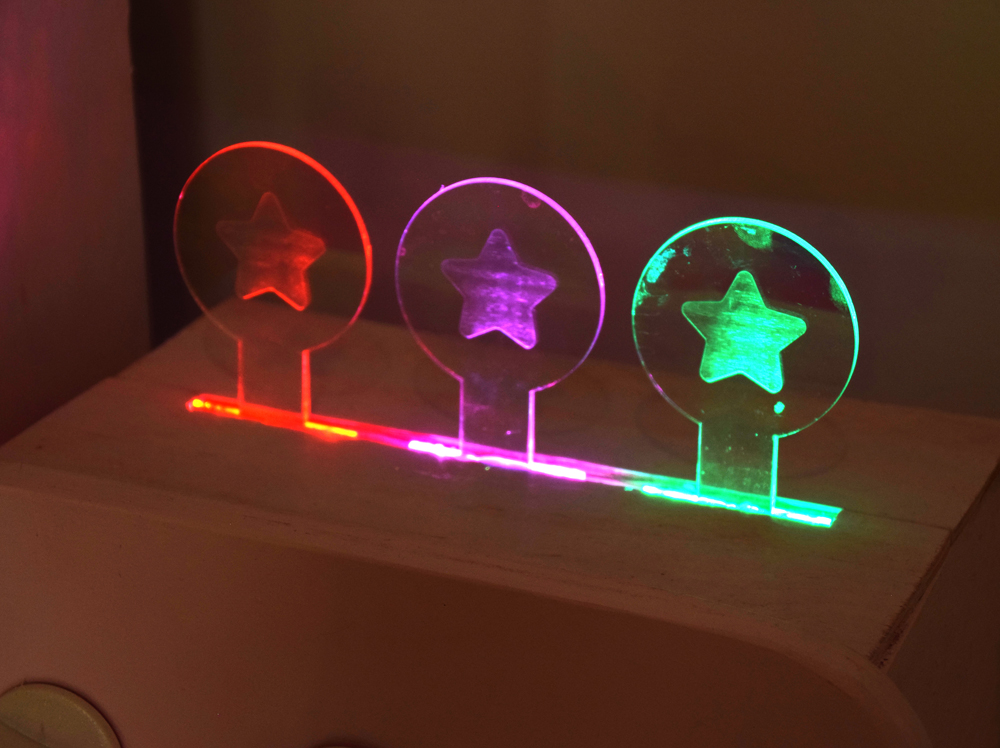 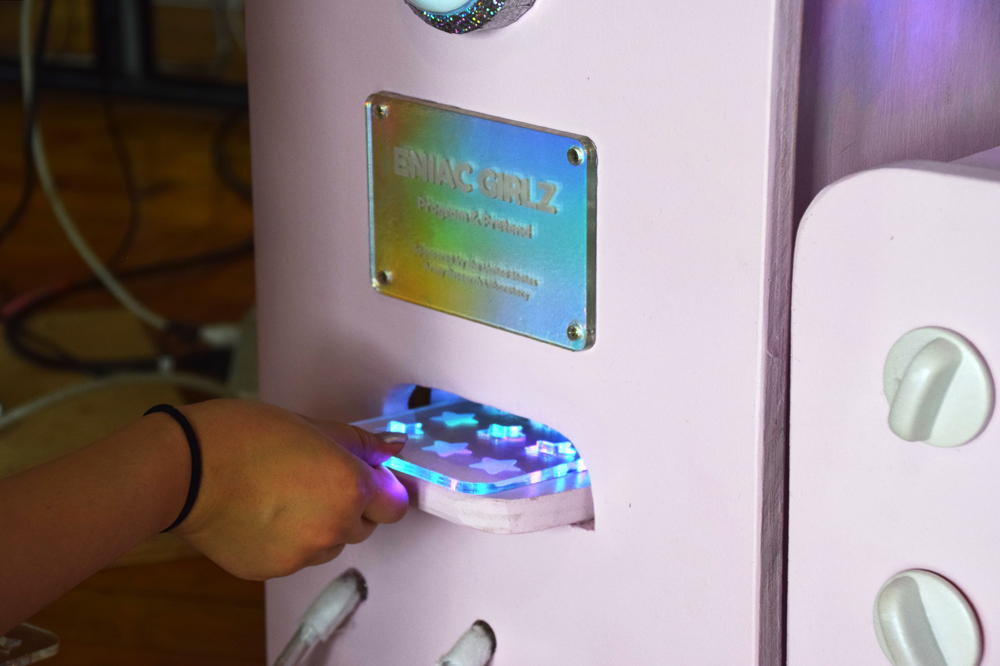 My work in ENIAC Girlz was inspired by several topics within the realm of women in technology.

Early histories of women in computing

The story of the ENIAC computer — the first electronic computer, and a machine designed for calculations of war — was a rather paradoxical story of women’s (dis)empowerment. The ENIAC Girls were the women assigned to work with ENIAC in the 1940s. They became the first computer programmers and tackled novel, never-before-seen problems.

Before electronic computers, large-scale mathematical calculations were done on paper by women "computers". The women who were eventually tasked to program the ENIAC were recruited because programming - as the successor to human computing - was also seen as rote, clerical, and less intellectual than where the "real work" was (in electronics and hardware).

Today, many companies work towards and fund efforts to get girls (back) into computing through toys, education, and scholarships - hoping to address issues of workplace diversity through pipeline initiatives.

While these movements have certainly built community, worked to give more girls educational access, and brought in more young women into technology jobs, what more can we do to ensure dominant cultures and institutions around tech change for the better? How might we reconcile these diversity efforts with the fact that many institutions still repeat histories of writing out women's contributions, undervaluing women's work, and silencing women who speak out against injustice?

ENIAC Girlz is an exploration of (but not necessarily an answer to) these questions. By hinting towards some of the cracks in today's efforts, I hope to get others to consider opportunities to make deeper transformations into computing culture and equity.